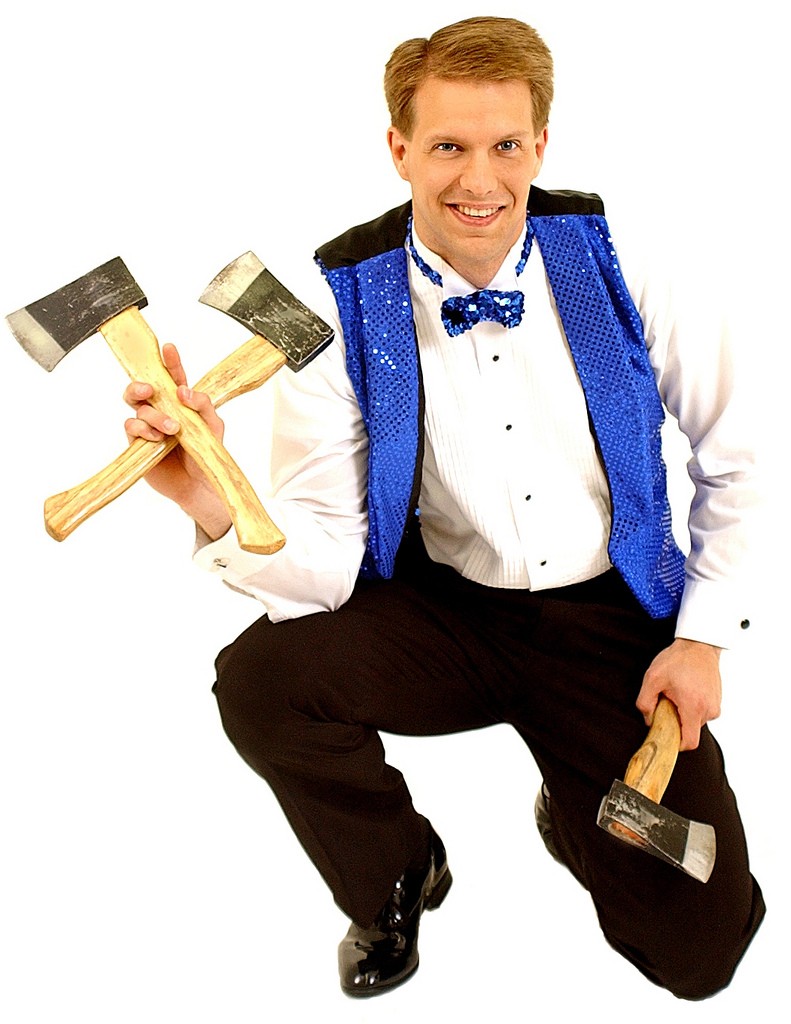 What do you get when you combine world-class juggling with fabulous comedy on stage? The hilarious antics of Dana Tison! He orchestrates everything into a masterpiece of theater. This brilliant blend of amazing jugglery with non-stop, rib-splitting shenanigans brings audiences to their feet!

Dana has appeared on The Learning Channel, Entertainment Tonight, Evening Magazine, national television commercials, and in publications such as Juggler’s World magazine, 4000 Years of Juggling, Juggling with Finesse, and National Geographic World magazine.