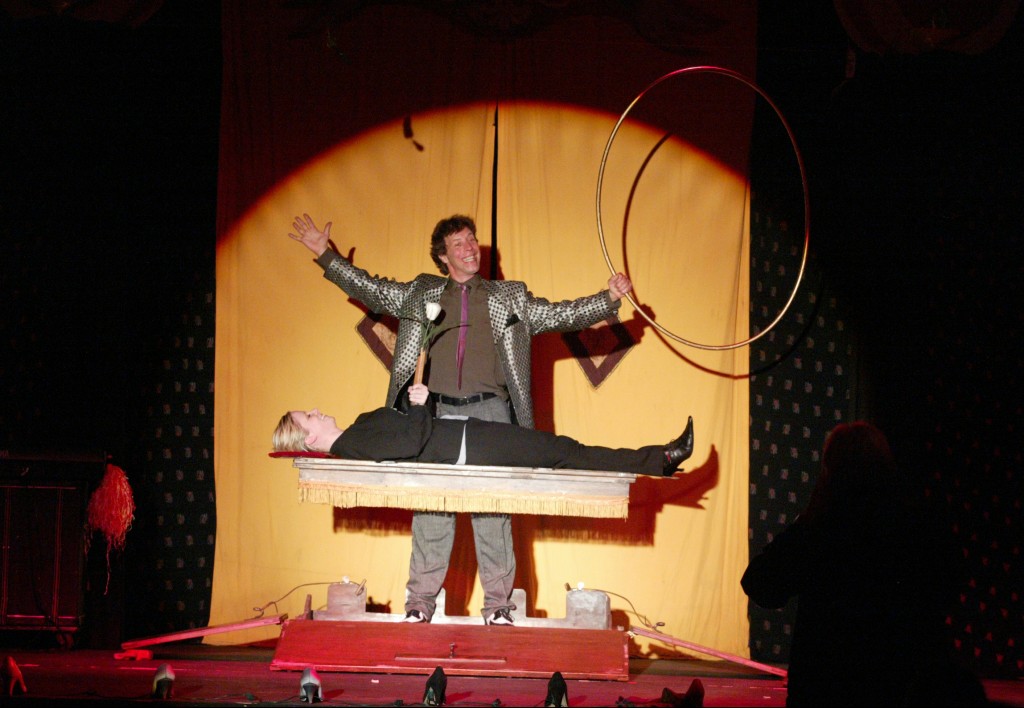 Whatever the situation, Michael Mystical Michael is ready. His warm personality, wit, charm, and confidence in his ability to ‘read’ his audience, makes every show fresh and unique. Michael’s comedy and astonishing slight of hand has delighted audiences around the world. This superlative performer has worked with such renowned entertainers as Ruth Gordon, Penn & Teller, Avner the Eccentric and The Flying Karamazov Brothers.

From strolling magic or in an intimate living room setting, to a large stage with lights, music and sound, Michael has worked it all. With over 40 years of performing experience, in three different continents including magic through the Himalaya Mountains, Michael has touched the hearts of people with his magic, those who might never have experienced a live magician before.

Michael’s original comedy, with high-powered magical effects makes his audience laugh while they’re scratching their heads and wondering “How’d he do that?” A true entertainer, he blends mystery and personality, to keep you marveling, wondering and smiling every minute of the show.